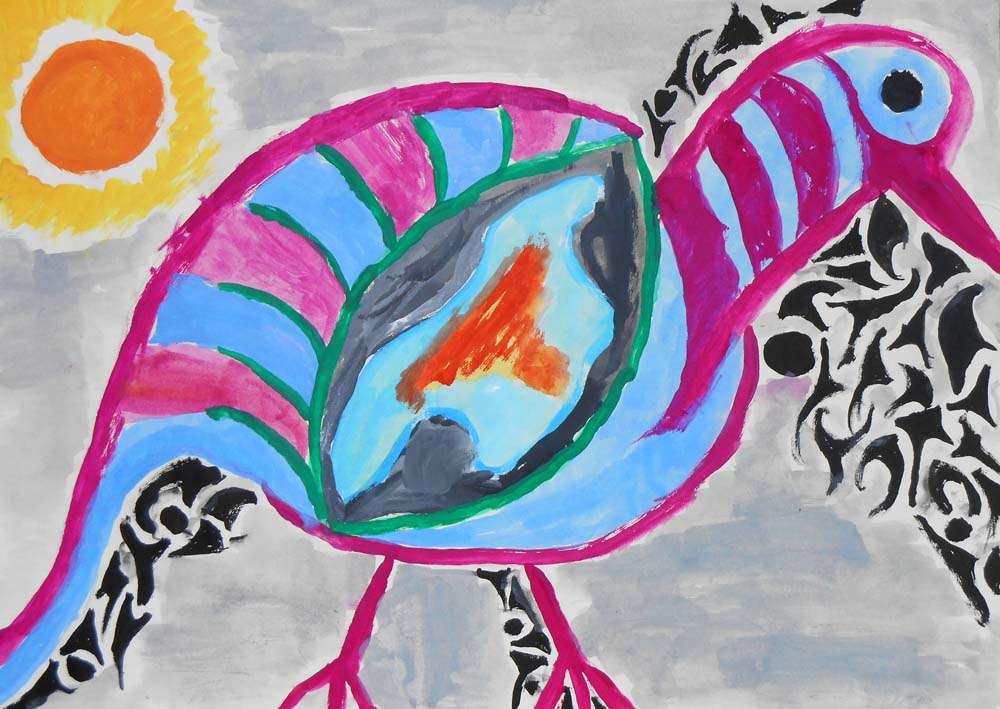 The Stomach
From an Inuit tale

On a beautiful and cold winter night, the moon was strutting around in the sky, shiny and full. She was saying to the stars that would listen to her:
“Look at me, I am the biggest and the most beautiful, even bigger than the rising sun.”

A very small lake lost amongst the vastness heard her.
“Not at all! No way!”, he replied. “Look at me and you will see who is the biggest!”

The moon leaned forward and was reflected in the still waters.
“You see I’m the biggest”, said the lake. “Look, I’m holding you entirely.”

Their quarrel caused a big stir and woke up a little mouse who was dozing on the shore. She opened one eye, looked at the moon and the lake and exclaimed, “The biggest of all is my eye, because it holds the lake, the moon and all the stars in the sky at the same time.”

However a night bird who was roaming around in the area saw the little mouse. He dove on her and swallowed her.
“I alone know who is the biggest of all: it’s my stomach…because it contains the mouse, its eye, the lake, the moon and all the stars of the sky at the same time.”[/one_half_last]