The Frog who Drank All the Water 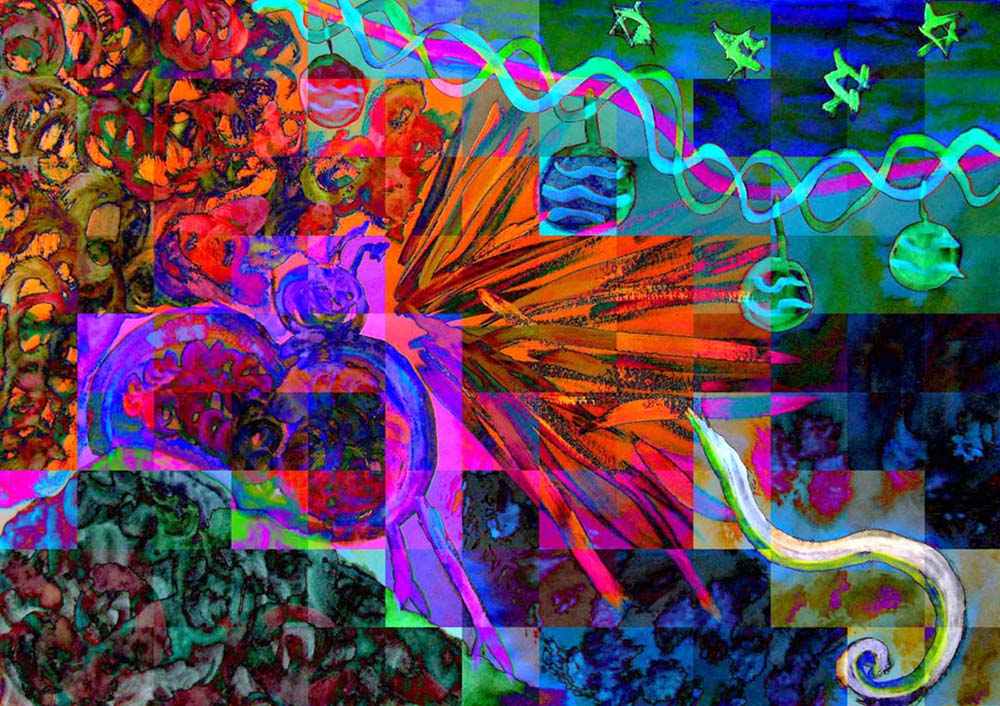 On a beautiful sunny morning, a gluttonous frog drank the waters – all the waters that gushed forth from the earth – and sat down with dignity, enormous and full to the brim. She was like a mountain of blue-green waters, smooth with almost transparent skin, that is how full she was. She couldn’t move anymore, she was too heavy. Her moon-like eyes were looking all around at the animals of the Earth and the tiny men gathered in front of her stomach. Nobody dared to attack her, she was too big, too imposing.

“What are we going to do?”, wondered the living beings deprived of water. “We are going to die, to shrivel up like grass in a fire. This monstrous frog has to open her wide mouth, we must force her to give us back the rivers, the streams, the springs, but how?”

“By making her laugh”, said the men. “If we make her laugh, she will open the mouth and the water will overflow and surge cascading from her lips.”

Immediately, they put up the makings of a big party in front of the monstrous frog. They fooled around and danced, rolling in the dust. They exhausted themselves making faces, somersaults and generally acting the buffoon. They told funny stories and sang dirty songs. In the end, they collapsed exhausted and voiceless. The frog, from the height of her giant paunch, looked at them, impassive, contemptuous and sinister.

Then, a small buffoon without limbs rose on the tip of his tail in front of the big blue-green belly. She was an eel. She started to dance in a ridiculous, grotesque way. She contorted herself, twisted in her low bows. An enormous hiccup shaked the flanks of the frog. The eel, who was encouraged, made a little face and squinted. The frog choked, suffocated, then burst out laughing and the waters, the rivers, the streams and the springs overflowed from her slit mouth. The earth drank, the trees turned green again. Mankind dove into the waterfalls with the animals. The drought was lifted. Life started anew. It was the right time. On the horizon, the desert was already mobilising its sandy battalions.